As you settle down into your seat, comfortably at the front of the plane (above) or squeezed into the last inches at the back (below), you must have sometimes wondered how the airline chose the plane you’re sitting in or why the schedule looks the way it does.

The answer is almost never simple, and sometimes seems contradictory, but I’m going to try to shed a little light on what’s happening in the not-always-in-synch airline and aircraft industries, with even a little history thrown in. This seems a good time to think about it, since the leading lights of both industries are all at the Paris Air Show this week, saying nice things about each other and trying to sell more airplanes, such as Bombardier's new CS 300.

And although this year’s show hasn’t seen the mega-orders of recent years, it’s a growing market; last week we reported HERE that Boeing estimates a need for 38,000 new planes in the next 20 years. The big questions are “Whose planes?” and “What kind?”

A wrong forecast by an airline can leave it with a large fleet of planes that are too large, or too small, or too thirsty. Aircraft manufacturers can make bad guesses, too, and end up with huge development costs that aren’t paid back by sales. For example, the A-380, above, about which more in the next article, has taken ten years to break even, and has no new sales to make profits on.

For airlines, wise plane choices depend on what the airline’s traffic patterns are. Big airplanes are best for routes with many passengers, but they often mean fewer flights. One 500-passenger flight might replace two or three flights on smaller planes, forcing everyone to fly at the same schedule. The bigger planes work best on high-density routes to big hubs—but there's probably a limit to how many people want to fly on a big plane from New York to Dubai, and then half the distance back again to London. 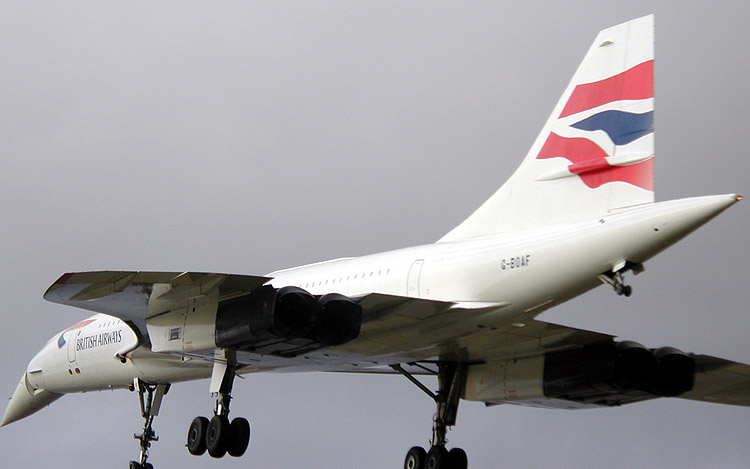 On the other hand, planes that are too small for a route may mean too many crews, and too much fuel—especially if the plane is not very fuel-efficient. The supersonic Concorde might have overcome its outrageous appetite for fuel if it could have carried a full load of passengers, instead of barely more than a regional jet.

A lot of the changes and choices being made by airlines now are an attempt to balance costs and capacity. Airlines are mostly profitable these days, with fuel costs down, and after their mergers and bankruptcies. And they are growing, with more people flying all the time. You only have to look back in Gumbo’s news section to see how air traffic is growing. But there is a worry about expanding too fast, and having to fly empty seats.

Two ways to meet that demand are to fly planes with more seats to sell, rather than increasing the number of flights, and by jamming more seats into each plane. Both methods are in use at the moment; again a look at our news links shows frequent reports on that. Examples abound. Ryanair’s having Boeing turn a new 189-seat 737 variant into a 200-seat plane. Boeing’s figured how to fit 14 more seats into 777s by shrinking the toilet. And those are just a few of many.

The other shift is reflected not only in what planes are being ordered, but in how airlines are rearranging fleets. The 50-seat Bombardier and Embraer regional jets that were flavor of the month not long ago, replacing turboprops on many regional and short routes are rapidly disappearing from service because they burn a lot of fuel per seat, even at this year’s lower prices. Where only a few years ago growing demand on the shorter routes they serve might have been met with more flights, now it’s more likely a bigger plane.

Out: the 50-seaters from Embraer and Bombardier

United is a good example of that; in April it announced a “right-sizing” of its fleet, dumping the 50-seaters in favor of 75-seaters on some routes, and taking a look at replacing some of the 75-seaters with bigger planes, possibly 737s or smaller members of the A320 family. At the same time, they made some strategic shifts of orders between 787s and the larger 777 for some routes, and extended some 767s that were headed for retirement. Others have made similar shifts, including American’s decision this month to postpone some of its on-order Airbus A320neo planes from 2017 to 2020.

In all this shifting, is there a market for new models? A few trends are poking their heads up out of the murky stew of models with familiar names and unfamiliar extensions (all the planes you know these days seem to have extensions like “-8,” “neo,” “X” and “MAX."

Well, maybe. In the market between the 75-seaters and the smaller versions of the 737 and A320, there are some new contenders. Embraer has been selling its E series to airlines looking for a 90-100 seat plane; its E190 can even make two-class regional routes possible. And Bombardier has been showing its CS100 and CS300 at the Paris Air Show; it comes in flavors from about 90 to about 130 seats. Meanwhile, Boeing executives this week have been dropping hints that they’ve been asked for a new plane—a “clean-sheet” new design between the 737 and the 787  that might replace 757s and 767s in the future. But more on that for another day soon: I’m preparing a review of the trends from the aircraft manufacturer side of the story. We’ll take a look at how Boeing and Airbus compete, and how they try to push each other into strategic errors. Included in that one, some thoughts about why the A-380 hasn’t generated any new orders in more than a year and half its sales have been to one airline, and about why the 747 appears to be a never-die design, just boosted by a big order for the freight model.

I rode a 747 to and from China a few months ago. It was the first time in years that I had been on one, and it reminded me that not all coach flights have to be like a sardine can. The wide body had room to walk and stretch on the 13 hour flight, and toilets were actually comfortable. I wish they were still using them on cross country flights.

Thanks for the bit of history, Pheymont.  Nicely written and I, for one, found it very interesting.  Looking forward to part II.

6/18/159:37 PM
❤️ 0
Back To Top
Post
Manage Blog Post
DrFumblefinger commented:
Today's clues are from the interior of the main building at our mystery destination...