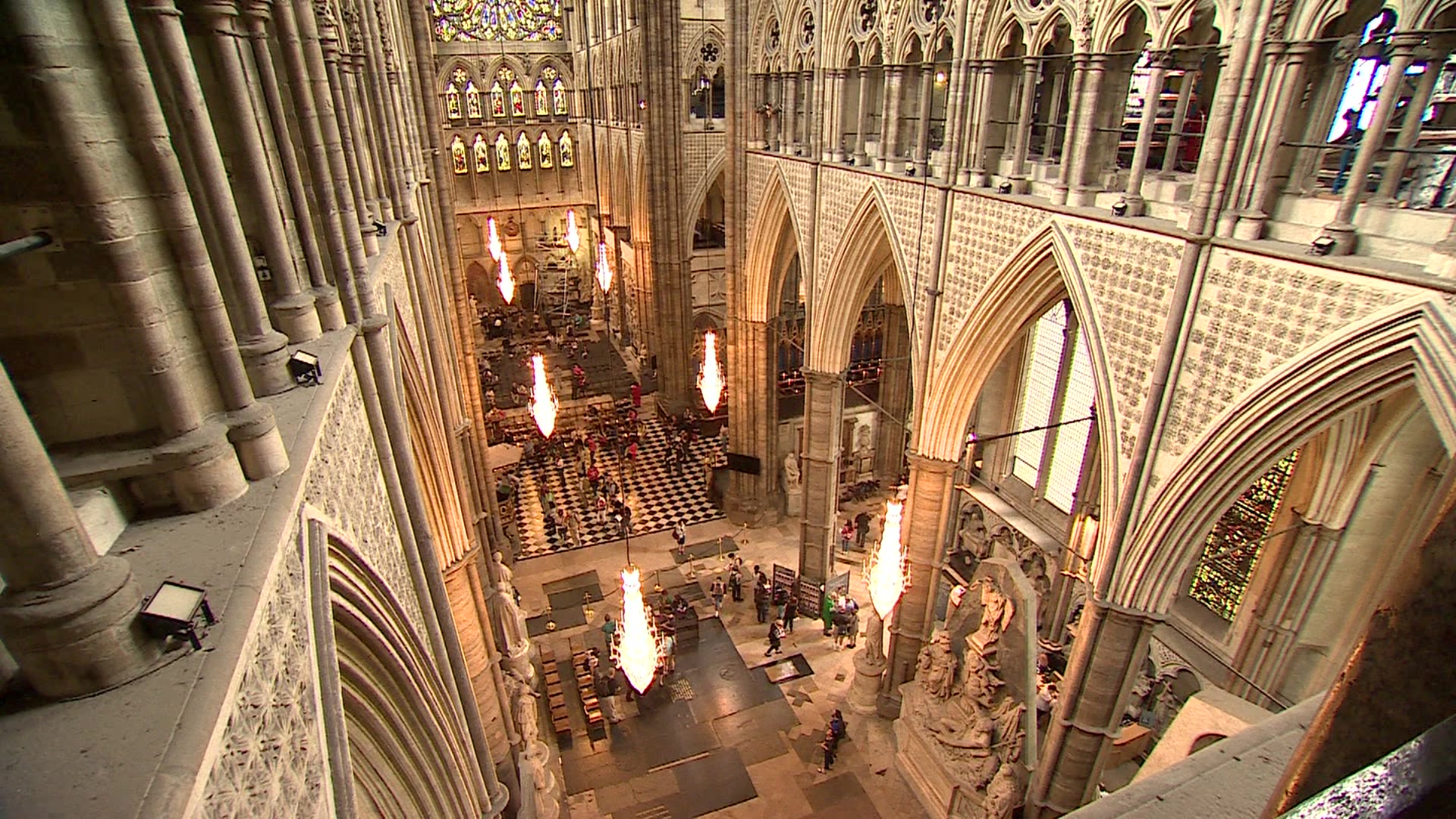 Westminster Abbey is gaining a new tower—its first in 300 years—and with it an elevator and stairs that will allow the Abbey, for the first time ever, to open the Triforium, an attic-like space overlooking the main aisle, to the public.

The space, used mostly for storage (and as a camera platform for royal weddings and coronations) is 70 feet above the floor, and chock full of things that just didn't fit elsewhere. The bits of stone from elsewhere in the cathedral, bits of iron, shards of windows, the memorial to John Gay, and more, will be on display, right where they've been collecting since Henry III had the space created as part of a 13th c. remodeling job.

Other, more orthodox displays will include the 14th c. book that contains the rules for coronation ceremonies, coronation costumes and more.

Sounds like one of the greatest attractions in England is just going to get better!  Quite exciting news, really!