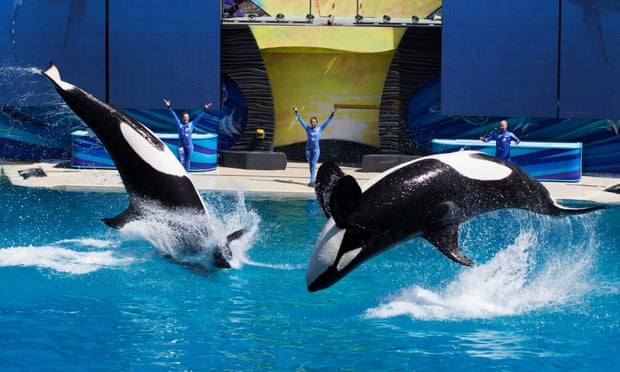 Sea World, which has been under attack for its treatment of animals, and especially of killer whales, or orcas, has announced it will end its killer whale shows by next year, starting with its San Diego park.

The company said it had listened to guest criticism in cancelling the shows, in which orcas dive, jump and do other tricks. They will be replaced by what a Sea World's CEO described as an all new orca experience focused on the natural environment" of the whales.

However, the shows will continue in their present format at Sea World's other parks in San Antonio and Orlando. CEO Joel Manby told investors that the company would refocus on conservation rather than using them as entertainment. Part of the pressure for change also comes from declining ticket sales, down 17% in San Diego.

Some of  the sharpest criticism of the company has come in the wake of the documentary Blackfish, which focuses on the death of a Sea World trainer, killed by a bull whale. The film spurred widespread protests and anti-Sea World statements from a number of  celebrities. For more information from The Guardian (UK), click HERE

I grow weary of political correctness.

Orcas are highly intelligent animals, no doubt -- and have the "cruelty" we expect of intelligent animals (anyone who's seen them hunt a baby gray whale for hours, only to kill it, eat its tongue and let the rest go to waste knows what I mean).  I never saw Blackfish, but I do recall at the old Marineland park in Southern California.  The park was closed for a number of months, and the orcas got depressed.  Listless, didn't eat, didn't look good.  Someone got the idea that they missed performing and started busing in school kids.  The orcas got to perform again and their health status returned to normal.  They missed performing.  They missed the crowds.  They were, actually, remarkably like stage actors.

I favor wild animals staying wild, but I think that captive animals play an important role in education and that the "sacrifice" of some of their freedom is for the good of the species and conservation in general.   The ability of tens of thousands of children and adults to see and appreciate these great animals up close generates a desire to save them.  Of course they should be treated in the best way possible.