Ahmedabad, known as its historical and industrial identity, is also known as the 'heart of Gujarat'. The city is also known as Master Businessman in the world. Not only this, Gandhiji taught the lesson of Satyagraha and non-violence in this city. In this way, this city is a materialistic and self-sacrificial spirit city. Ahmedabad is full of sightseeing in terms of tourism. Tourists from all over India and abroad are visiting here. 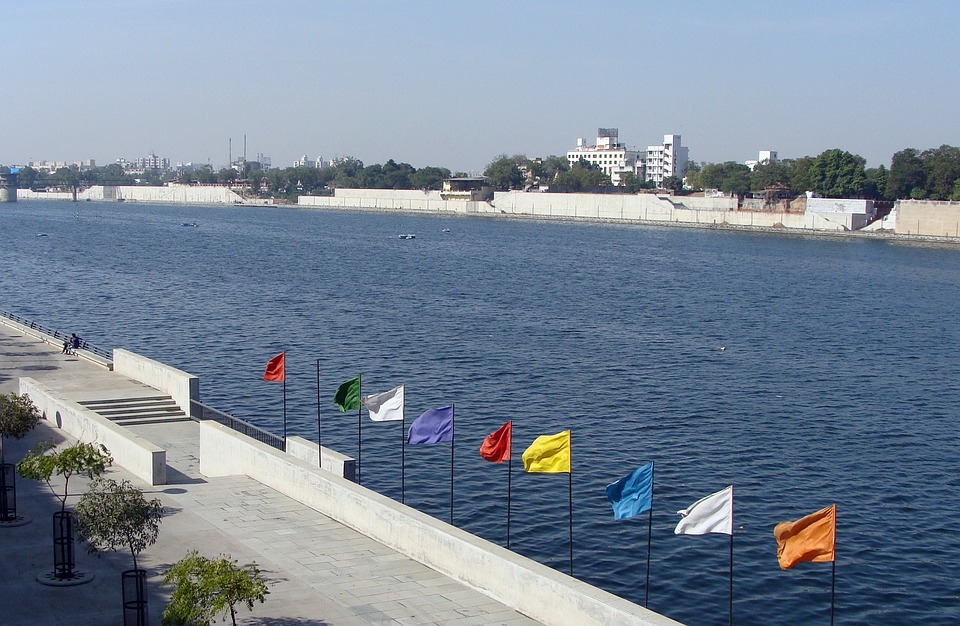 Ahmedabad With many variations, Ahmedabad represents Indian culture well and is the seventh largest metropolis in India. Ahmedabad is considered to be one of the fastest growing cities in India. 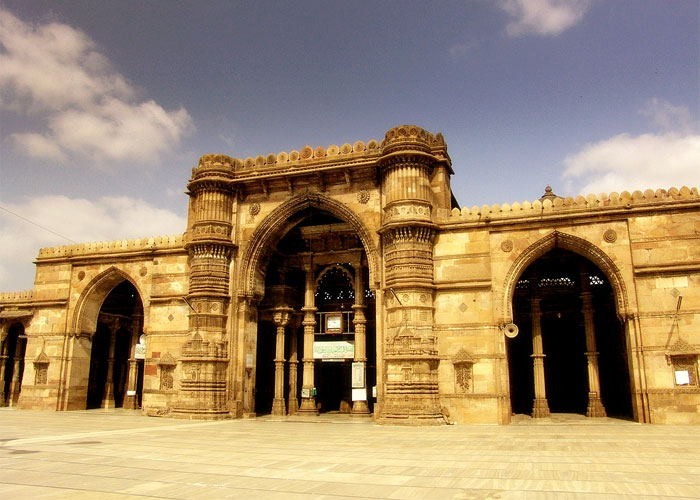 Juma Masjid is one of the most beautiful and artistic mosques not only in India but in the world. This structure is made of yellow sandstone. And its courtyard is made of marble. It is surrounded by a column passage and Arabic calligraphy remains on these columns. 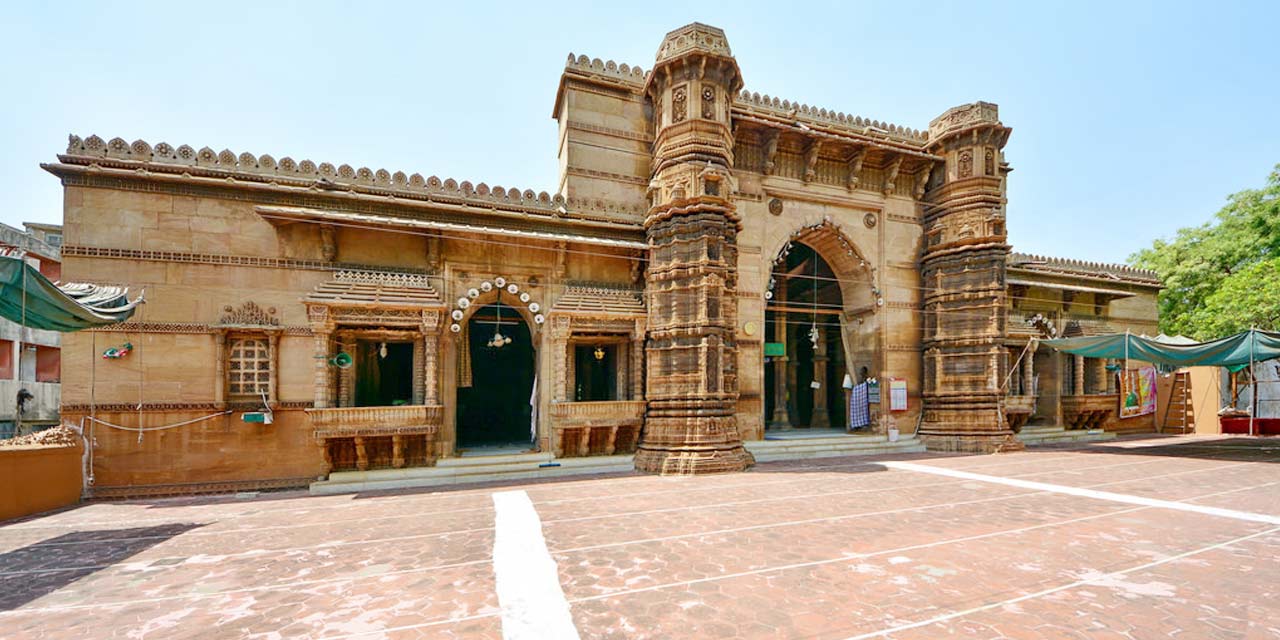 Rani Rupmati's Mosque is a living example of artistic style. The specialty of this mosque is that despite the direct sunlight, there is always light in its central part. 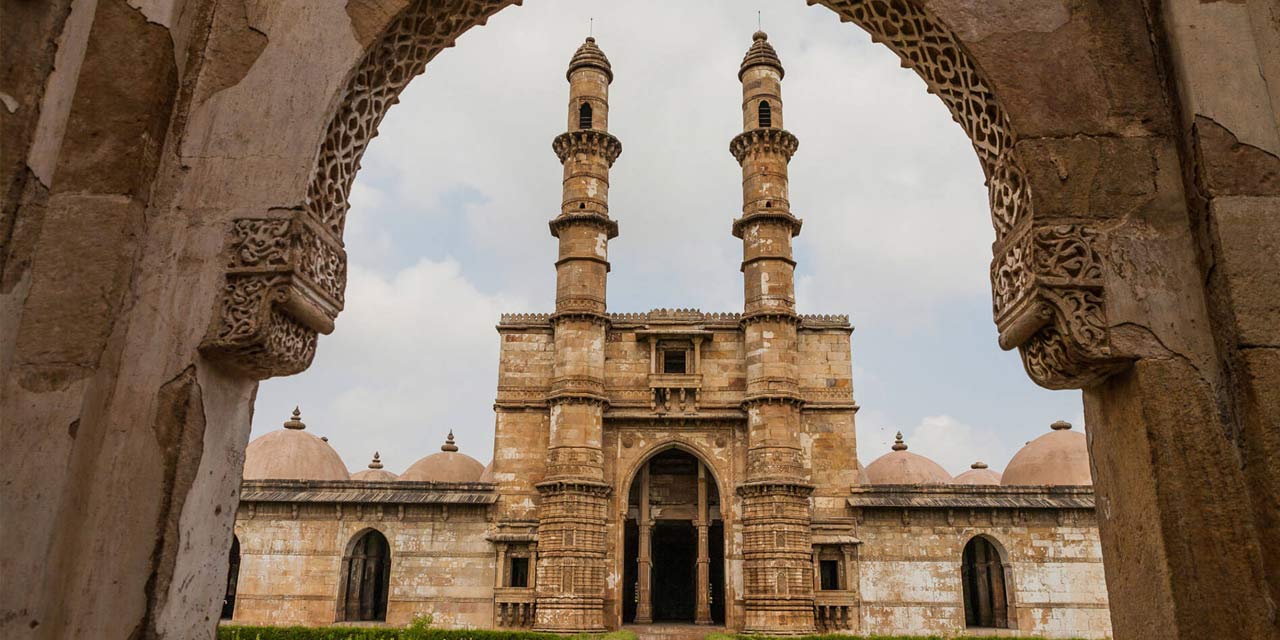 Jhulta Minara are one of the main attractions of Ahmedabad. The special thing about this pair of minarets is that when one tower is moving, after another, the other tower is also moving. The tower of the Sidi Bashir Mosque is three storeyed with a large carving in the balcony and is designed from stone carvings. It is believed to have been built by Sidi Bashir, a servant of Sultan Ahmed Shah.

The Jain temples of Hatti Singh were constructed in 1848 AD. happened. The temple is dedicated to the 15th Jain Tirthankara Dharmanath and was built at a cost of Rs 10 lakh donated by Sheth Hathsing, a businessman from Ahmedabad.

This beautiful garden was built by Shah Jahan. Shah Jahan is said to have stayed at this place with his begum for a few days after his marriage.

The fort of Bhadra was built by Ahmed Shah. This fort is a living example of architecture. There is a temple of Bhadrakali in one part of this fort.

Sidi Syed's Jali is a beautiful bay mosque. Which was built by Ghulam Syed of Sultan Ahmed Shah. This mosque is a unique example of artistic style.

Gandhi Ashram was built by Mahatma Gandhi, in which he took the reins of the freedom struggle. A museum has been built in this ashram. In which a lot of symbols related to Mahatma Gandhi have been collected.

Lothal is located 87 km from Ahmedabad. Where 20 years ago, the remains of the second century Harappan culture were found.

Adalaj is a village in Ahmedabad which is situated about 17 km from Ahmedabad. Adalaj is a well, with fine carvings on each pillar and on the walls. This well was built by Rupbai, queen of King Veerasingh.