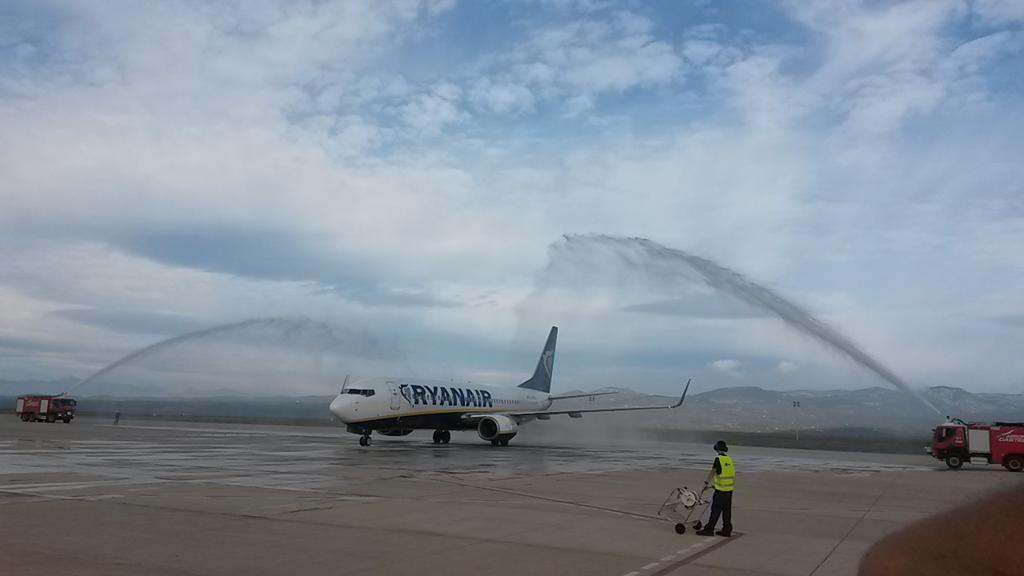 Spain's infamous "if you build it they (won't necessarily) come" airport at Castellon finally got it first passengers yesterday, as a Ryanair flight from England. Ryanair will serve the airport with three flights a week from Stansted and two from Briston.

The airport, which cost hundreds of millions of Euros to build, was ready for passengers in 2011, but no airlines were interested in the field, on Spain's east coast, about an hour north of Valencia, which already has an airport. A bit further north along the coast, there's a major airport at Barcelona.

The airport does have a huge abstract sculpture of the local politician who shepherded the airport into being, and who has now been shepherded into jail on corruption charges, some of which involve the airport. For more details on all, see TheLocal.es HERE