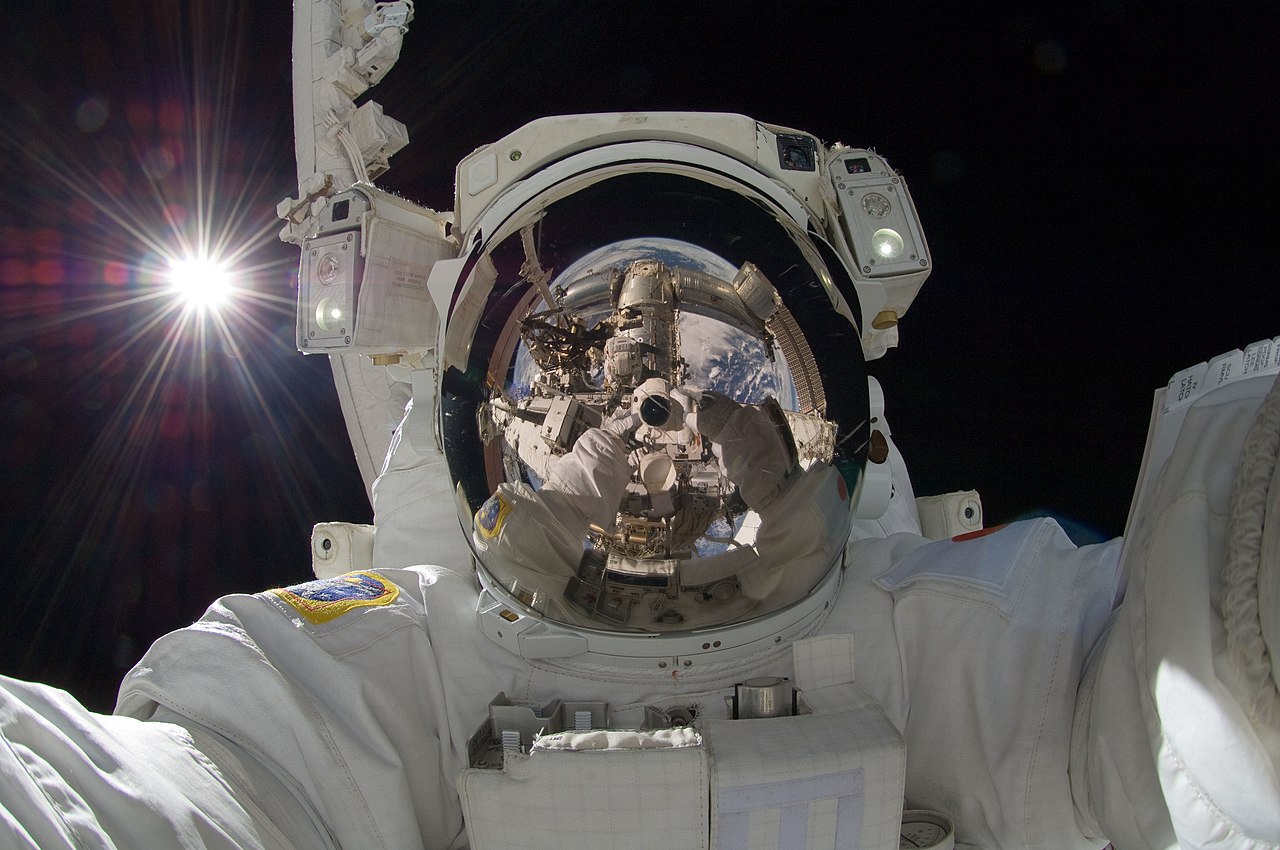 If you're thinking that's a bit overblown, think again. Not only the relatively minor issue of having someone's selfie-stick stuck in front of you (or in your eye) but the danger to the subject of the selfie who may be oblivious to the dangers around. Government on nearly all continents have taken it seriously enough to issue warnings.

And those are just a few of the examples; unfortunately, by now most of us have seen someone acting foolishly for a selfie, with or without a stick.

Oh, and the picture above? Possibly the ultimate selfie, although because of preparation, it's a much safer one than standing next to a charging bull. It's Japanese astronaut Aki Hoshide, flight engineer, using a digital camera for a photo of his helmet visor during an International Space Station mission's third session of extravehicular activity (spacewalk, to the rest of us).