While the railroads of western and central Europe develop new ties and connections and revive overnight sleeper service, a quiet revolution is getting slowly underway in northeast Europe: a new railroad that will connect three Baltic states to Finland and Poland with a through route interconnected to the rest of Europe.

The new route, called Rail Baltica, whose planning stretches back to 2010, is seeing actual construction at a few spots including building a new central station in Riga, Latvia, and expects trains to be running its full length by 2026, with some parts possibly opening sooner.

Contracts for various parts of the work are out for bids, with a number of them being opened this month, including one for archaeologists to investigate areas that will be excavated or covered during the construction. 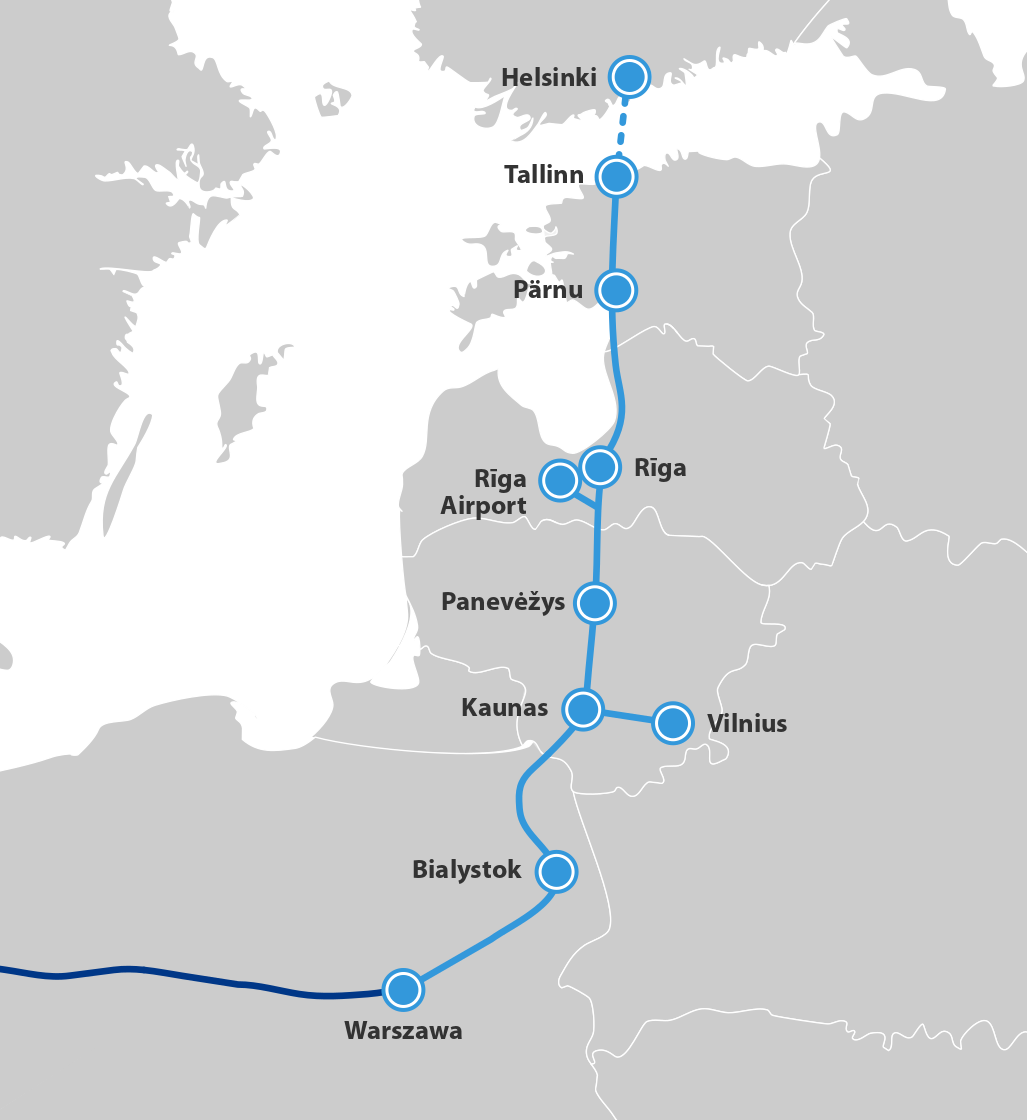 For Estonia, Lithuania and Latvia, it's a big pivot. The three former Soviet republics still operate on Russian-gauge tracks with severely aging infrastructure and limited passenger and freight services; the new line, built to European standard gauge will enable more efficient shipping, taking trucks off the road and providing direct freight and rail connections focused west rather than east.

For Finland, the connection to Rail Baltica, which will eventually include a Helsinki-to-Tallinn undersea tunnel but will start with ferries, will give it far more direct routes to everywhere; shipping must now either go north to go south through Sweden or cross the Baltic Sea by ship.

Rail Baltica has received status as a priority transportation project for the European Union, which is providing some of the funding needed for the estimated €6 billion project. The tunnel, which would include a 30 km undersea portion, longest in the world, is estimated at around €15 billion; a package of financing including Chinese investment has been arranged, although construction dates are uncertain.

Sign In To Comment
Post
Manage Blog Post
DrFumblefinger commented:
It truly is one of the most beautiful buildings in the world, isn't it? And I believe I saw that same goat when I was there.