Manchester, England is next in line to turn an abandoned rail line into an urban park connecting neighborhoods and offering an opportunity for views that used to be available only from a train window.

The 1892 Castlefield Viaduct, built in 1892 and once a key route for traffic in and out of the city's Central Station, has been abandoned since 1969 and overrun with litter, trash and rust. The renovation plan is a joint venture of Manchester's City Council, Highways England and the National Trust.

Detailed plans for the Manchester Highline are yet to come, awaiting input from local groups and residents on what should be included, including the possibility of garden allotments, coffee stands, sports spots or more. 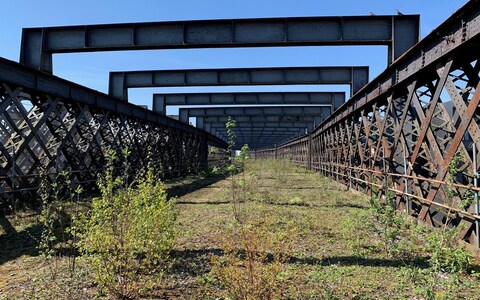 Manchester is following in the footsteps of other cities that have re-purposed old rail lines this way, starting with Paris's Promenade Plantée and New York's High Line. Other recent entrants include the Camden Highline being planned in Central London, and the Phildadelphia Rail Park, part of which is already open and Chicago's Bloomingdale Trail.