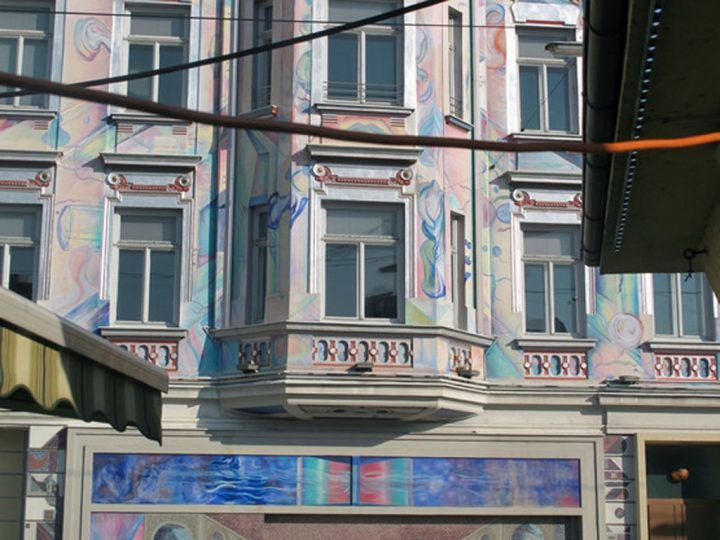 Think Vienna, and you usually come up with images of cafes with pastry and chocolate, of music and stately buildings...of maybe Harry Lime and The Third Man. But ugly? That's not usually in view.

But it's there, and a new walking tour for visitors focuses on the ugly, the unconventional, the less talked about. Sponsored by a group Space and Place, the organizers say "Through humour, we want to make some serious points about the role of the media, city-planners, fashion, gentrification, postmodernism, UNESCO and greedy developers." Participants will get to vote on the 10 Ugliest. More at Space and Place.

The tour will be repeated a number of times over the summer, leading up to a world conference on walking, Walk 21, which will be held in Vienna in October. The walks are conducted in English.

The conference is a culmination to  Vienna's declaration of 2015 as the Year of Walking. As part of the celebration, the city has created more pedestrianized streets, especially in congested areas, and has published a first-ever map of all the city's footpaths. Information on all of this is at the city's website.

Photo at top: Space and Place