I have to start by saying I've probably been in at least a couple of hundred museums, and probably half of them art museums. And while some are larger, or more famous, or more encyclopedic, it's hard to think of one that's more eccentric in its presentation and in its history. Most museums exhibit their paintings ordered by date, or by artistic movements, or by type of subject. But the Barnes Foundation in Philadelphia shows its deep and rich collection densely on its walls in what at first appears to be no particular order—but it's a classic case of 'appearances may be deceiving.'

In fact, every painting and object in the museum is where it is because Albert Barnes, a brilliant and eccentric manufacturer turned art collector and art student, put it there—and wrote into his will that it couldn't ever be moved. More on his will later. I found the masses of paintings and lock-and-hinge hardware hard to take; my museum time is often spent looking at a couple of paintings at a time, seeing differences, similarities, development. I found I couldn't do that with so much in my field at once.

But, it turns out, I'm not the audience Barnes had in mind. In fact, in his world, I wouldn't even have been allowed in to view his paintings, because, as a video offered halfway through the collection explained, Barnes dedicated his collection to training art students, and grouped the pictures by colors, subjects, moods, forms, in a way that made sense to his theory of art. It made more sense to us, too, after the video, and my wife began to see many more connections among the works. Sadly, while I enjoyed many of the paintings, I still had trouble viewing them as groups.

When I said it was a deep and rich collection, I wasn't exaggerating. Just listing the modern artists represened, there are 181 paintings by Renoir, 69 by Cezanne, 59 by Matisse, 46 by Picasso and so on. The older painters are also there: Rubens, Titian and more. 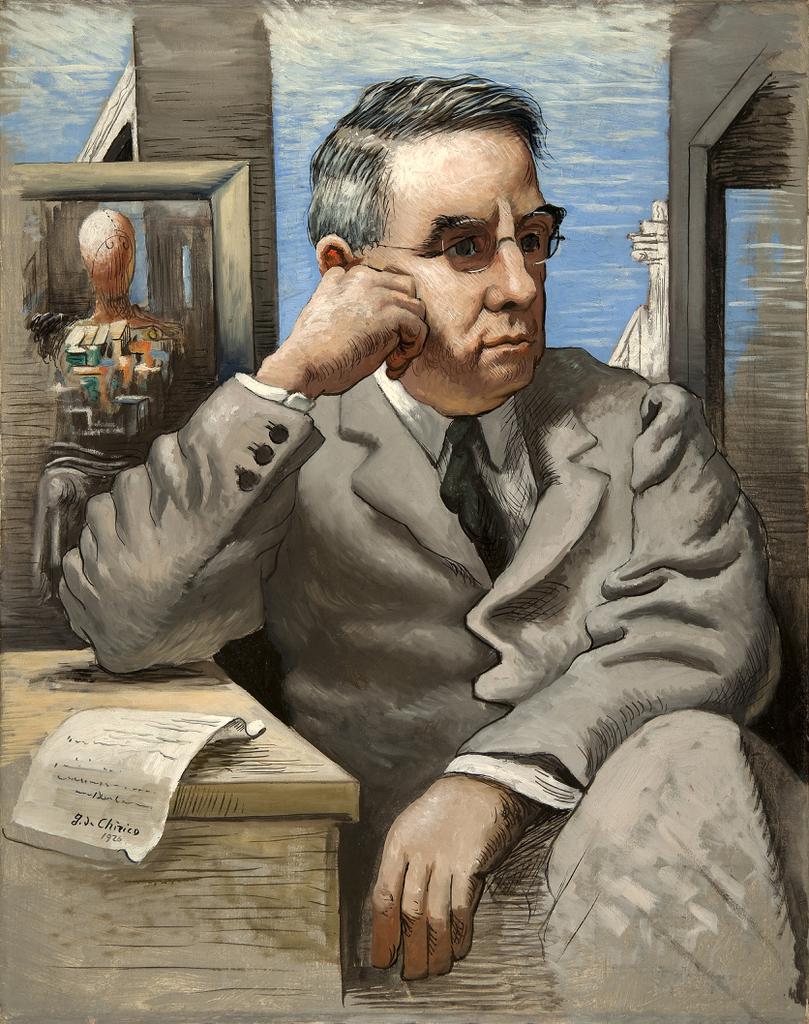 So a bit more about Barnes, his will, his ideas and the big controversy, subject of dueling documentaries and long lawsuits. Albert Barnes trained as a doctor, worked as a chemist, and patented a silver-based antiseptic called Argyrol that became popular for treating eye infections and gonorrhea. He made a fortune and sold the company just months before the 1929 stock market crash.

One of Barnes' diagrams for hanging his collection. It was the clue in this week's One-Clue Mystery, solved by PortMoresby and George G

By that time, he had been collecting art for over twenty years and developed unusual ideas about what to do with it. He brought some into company labs and held seminars for employees on art, philosophy and education, using as much as two hours a day out of work time. He also created an art school, and began organizing the artwork as a study for the students.

And, he wrote that will.

Its provisions included rules limiting public admission to two days a week when students weren't studying them; banning any loans from the collection, any colored reproductions of the works; sending out any works on exhibition, or hosting any touring exhibits. And the paintings, and therefore the museum, were to stay as they were. The Barnes in its original location in Lower Merion, PA

And that's how it stayed after his death in 1951, until years later when the foundation ran out of money, the roof began to leak, and various people, organizations and others began agitating for a move to Philadelphia, where more money could be raised and more people could see the collection. Even if that's exactly what Barnes had not wanted.

After many years of lawsuits, orders, judgments, petitions, campaigns and more, the Foundation moved from its original home in the suburb of Merion to a new building near Philadelphia's other main museums in 2012. And inside its impressive new building, each room was built to replicate the same room in the original building, with all the art and hardware back in its original spots. If the story of the legal and political issues is for you, you have two choices: a 2009 Netflix documentary The Art of the Steal, which imputes nothing but bad motives and bad acts to those supporting the move; if you'd like to hear the other side, the Foundation sponsored a 2015 documentary whose point-of-view is also reflected in its title: Barnes and Beyond: In the End, Truth Prevails.

But if you'd rather just see a fabulous collection that's a joy (and easily a whole day) to see, even if a bit hard for some of us to view, skip the movies and visit the museum. Lines in the lobby—but what a lobby!

And oh, by the way: one more reminder of how Barnes meant his collection to be seen—you won't find yourself in packed galleries, barely able to stop and look. To enter the permanent galleries, you stand in line in the lobby; as people leave, a few more are admitted. No one loves time waiting on line, but it surely makes for a different experience inside.

And despite Barnes' dislike of traveling exhibitions and temporary displays, the Barnes plays host to them. We were drawn to a major exhibition of works by the Impressionist Berthe Morisot. It's gone from Philly, but you still have a chance to see it in Dallas this spring and summer, and at the Musée d'Orsay in Paris in the fall. At the Barnes, art education is for the kids, too... The Dance II, by Matisse, commissioned for the space.

1/30/1911:28 AM
❤️ 0
Back To Top
Post
Manage Blog Post
Outdoors again, Friday’s glimpse of Gumbo’s location finds him in need of refreshment.
47 minutes ago

UPDATE Etihad, which has ten of the super-jumbos, says it will keep all of them in service. Etihad is known for equipping its A380s with...
15 hours ago