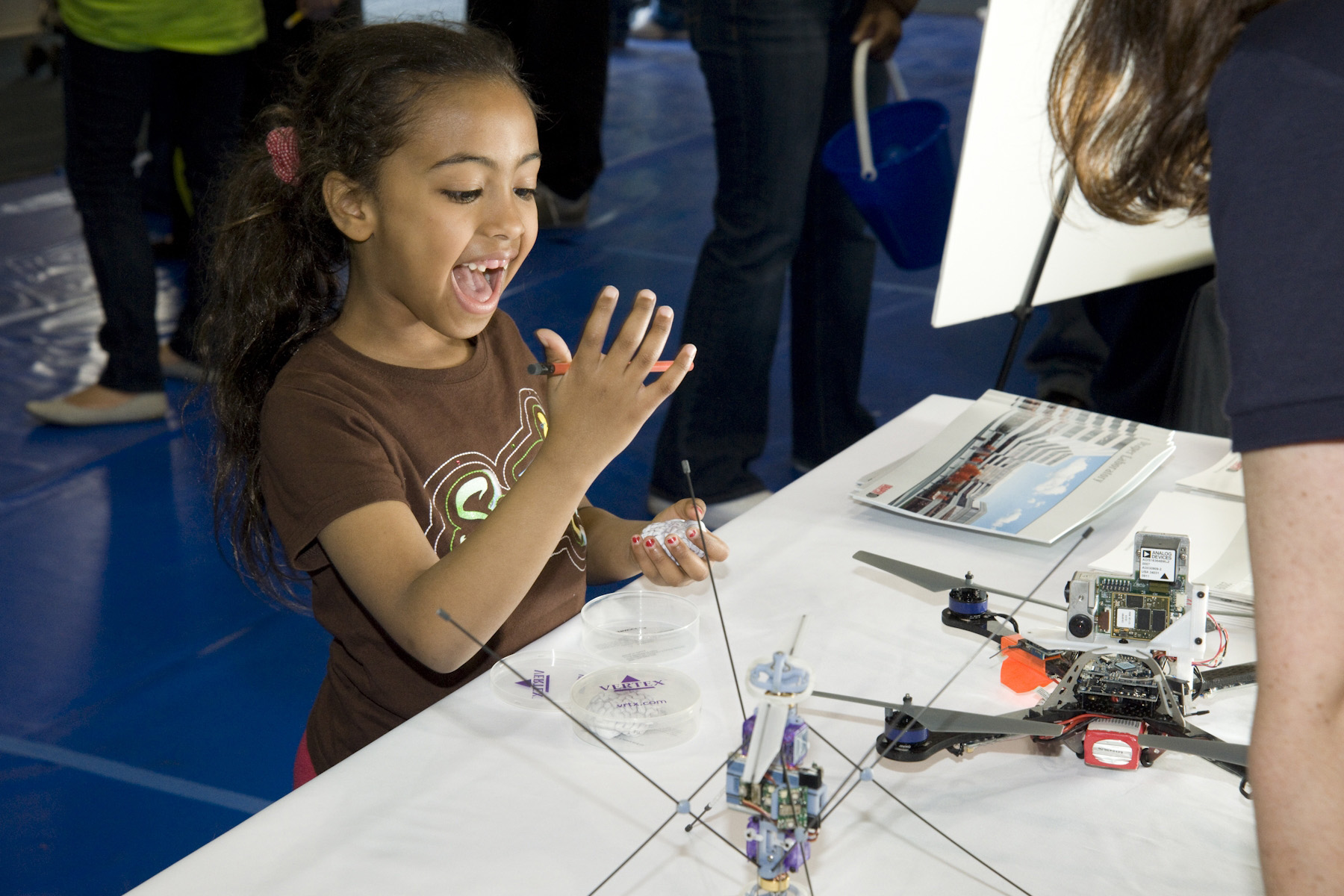 The Smithsonian's Lemelson Center for the Study of Invention and Innovation takes a big leap on July 1, moving from backstage to a public exhibition space of its own in the National Museum of American History in Washington.

Its 3500 square foot Hall of Invention will house three exhibits: Places of Invention, focusing on "hotspots" of invention such as Silicon Valley, Inventive Minds, a small gallery focusing on the process of invention and the Lemelson Center's work, and, perhaps most significantly,  the Draper Spark!Lab

The Spark!Lab is a hand-on space for 6-12 year olds, where they can "create, collaborate, explore, test, experiment and work their way through the invention process." It's designed to promote collaborative work and will be organized around rotating themes. The first is "Things that Roll." An earlier version, in place from 2008-2011 was one of the most popular attractions at the museum.

The Lemelson Center was established in 1995 with grants from prolific inventor Jerome Lemelson, and has spent 20 years supporting scholarship into the creative process of invention and innovation and of the development of novel educational theory and content. For more information on the new exhibits, and introductory videos, click HERE

Sign In To Comment
Post
Manage Blog Post
I agree, excellent article and photos. I lived in Cape Town in the early 1980s, and there were no penguins at Boulders until 1982. One...
20 minutes ago

Hi Marilyn, thanks for your comment. It really works out well as a day trip. Very recommended for your next visit to Cape Town.
5 hours ago

Excellent article and photos. I was on an official tour of South Africa when I visited Cape Town. Unfortunately Cape Point wasn't on the...
9 hours ago

Hopefully today's clues will tell you a little more about the nature of this week's mystery destination.
18 hours ago