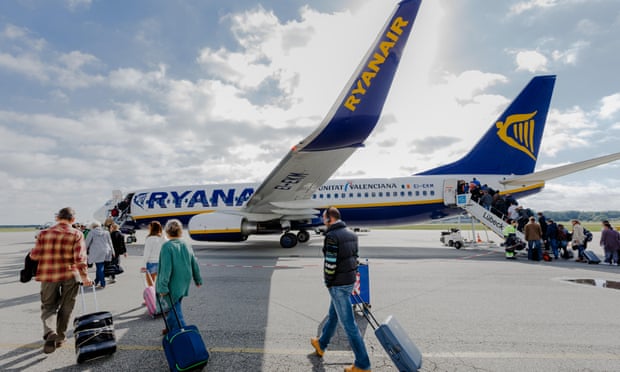 Ryanair has proposed that airlines take the offensive against online travel sites and price comparison sites, such as Expedia, Opodo, Kayak, etc.; he believes they "shouldn't exist" and "make no sense." He's written to four other big European carriers asking them to display each other's fares on their sites, cutting out the aggregators.

Rhas learned a lot in recent years about making customers happier, and their profits show it's paid off; rising passenger totals and a 25% rise in profits over the past quarter. But it still hasn't gotten over its anger at online price comparison sites and online travel agents. But this time, he's going after the agencies directly, not the customers.

The "old" in-your-face Ryanair took a different tactic in 2008, when it cancelled, sometimes with almost no notice, thousands of tickets bought through third-party sites and ordered the passengers to re-buy on Ryan's own site. More on that HERE

None of the airlines have responded yet. They are believed to include Ryanair's direct rival EasyJet as well as AirFrance/KLM and IAG (BritishAir, Iberia, Vueling and soon Aer Lingus). For more details from The Guardian (UK) click HERE