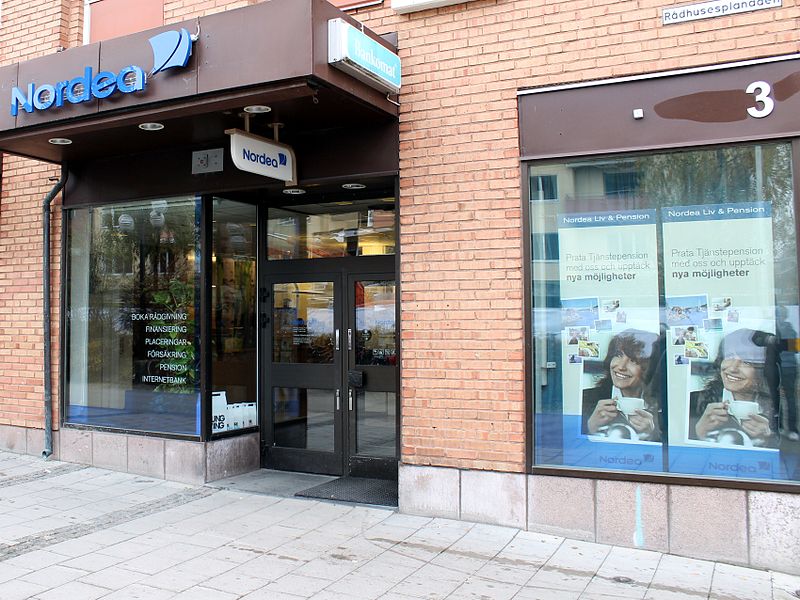 Nordea, Norway's number two bank, with operations across Scandinavia, has announced that starting Monday its Norwegian branches will not handle cash. Period.

The bank's plan, surprising as it sounds, is part of Scandinavia's move toward a mainly cashless society, using debit and credit cards, and using those increasingly through cellphone-based cards. Nordea stopped taking cash at most of its branches a while ago; the announcement only affects the last one with cash, at Oslo's Central Station. For those who want it, cash is still available at ATMs.

For a fuller discussion of the issue in TheLocal.no, click HERE

It's a transition that is not without controversy. There's a national campaign to save cash, headed by a former head of the National Police. The campaign argues that cash is a crucial part of society's infrastructure, and also that abandoning it will leave people in rural areas at risk because of poor mobile reception. But the head of the Norwegian Farmers' Union supports the move, saying that if “mobile reception is an issue, but then the discussion should be about how to get better mobile reception.”

While cashless transactions are convenient and popular, and I use them often, I am not supportive of this move.  It is a little too much "Big Brother" for me.

Consumers will migrate to the purchase platform of their choice.  Cash, I'm sure, will become less and less popular with time.  But it still has a place and I as a free individual want to make the decision on when and how I will use it.  How will people make purchases if there ever is a complete shut down and hack of the bank's computers during a time of cyberwar?  Or an electromagnetic pulse?  A piece of plastic won't buy bread or milk then.

Although I don't use cash every day, I sure want it when I need it. After living through Hurricane Katrina and the  LONG power outage of the aftermath, I recognize when cash is crucial. And yes, DrFumblefinger poses a good question about the lack of cash during cyber warfare, which goes on regularly even if we choose to ignore it.

Maybe  we should go back to bartering for everything. But most of us have lost the art.

On my last trip to London, I arrived at night and the Tube stopped running. The ticket machines for the buses weren't working and now the buses are cashless. Luckily the drivers let me on anyway, but I think as more places don't accept cash ,those type of scenarios will be more common.

I think what we're seeing here is a blindness in planning, which goes beyond questions of technology. You've identified some scenarios where cashless becomes hopeless/helpless.

I see the same kind of lack of forethought when I see several huge residential towers being built in downtown Brooklyn...on top of already overcrowded subway stations, and with no forethought to larger sewer or water connections...

In the bleakest possible view, we may self-destruct not through a world war, but through lack of attention to anything inconvenient. I hate to quote T.S. Eliot (or even think of him) but he did say, in another context, "This is the way the world ends: Not with a bang, but a whimper."

I'm not surprised that this is happening in Scandinavia, of all places. Many years ago I had friends in Denmark and Erik was an electrician.  There wasn't enough work for all the electricians so they rotated the work and he worked for 6 months, then had 6 months off, paid.  Sounds good?  However, during the 6 months he was off he wasn't allowed to do any electrical work at all, including on his own house.  I (and he) found the rule regarding his own house absurd.  I see it related to the banking issue above as an inclination in that part of the world to take a fairly good idea and make it absolute.  Rarely a good idea.

11/1/157:19 PM
❤️ 2
Back To Top
Post
Manage Blog Post
PHeymont commented:
These two clues are the first if ten that will post here, two each day. Consider carefully, as first impressions may not tell the whole ...