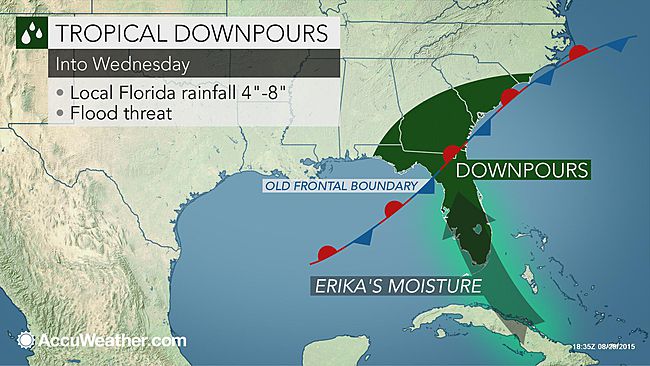 Despite weakening considerably during Saturday, Tropical Storm Erika appears increasingly likely to give Florida grief early this week, and airlines are offering customers with flights in and out of the area a waiver of fees on changes based on the storm. Most of them had previously done so for Caribbean locations.

Southwest, American, JetBlue and Delta have announced weather waivers, and others are expected to follow. As noted here yesterday, there have already been many alterations and cancellations on Caribbean cruise routes as well. Florida's Governor, Rick Scott, declared a state of emergency Friday. First impact is expected today, or likely Monday.

USA Today's coverage of the storm includes links to the various airlines' Erika policy statements; if you have plans, be sure to check your airline, and check again later. For the links to airlines, click HERE