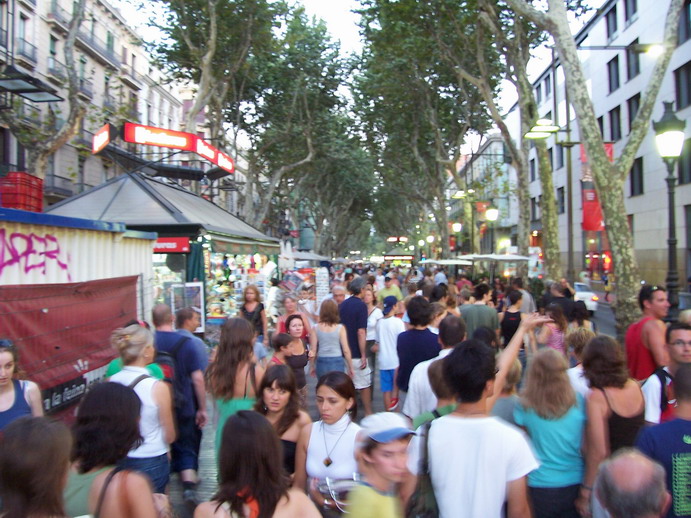 Barcelona's new mayor, Ada Colau, an anti-austerity and anti-eviction activist, has floated the idea that maybe Barcelona is just too popular for its own good, and should limit the number of tourists.

In a world where everyplace is trying to get more tourists, that's an unusual stance, but she feels that the city may be in danger of being overwhelmed by its visitors. She says, "We can grow more, but I don't know how much more...we may have to put a moratorium in place regarding new hotels and tourist apartments...before things get out of hand, as has occurred in Ciutat Vella."

Barcelona has been on the tourism radar big-time since the 1992 Olympics changed its reputation from a dangerous relic of the past to one of the hottest cities in the world for restaurants, nightlife and more. By 2013, it hit 7.5 million tourists, more than double the figure for 2000.

In some parts of town, on busy days, it can be almost impossible to move in the narrower street of the old parts of the central city (I can testify to that!), and that's one of Colau's big concerns.