When we read stories of tourists damaging ancient monuments or art, we sometimes forget how old a problem it is; Pompeii has both modern and ancient graffiti. And, in the pictures above you can see where, nearly 2000 years ago, someone carved a name into the Pont du Gard, leaving wind and weather to reduce it to a trace. But the Romans weren't the only ones to leave their mark on the 2000-year-old Roman aqueduct built to bring fresh water to the Roman metropolis that is now Nîmes, France. In the 19th century, French masons and others, working on repairs and adding a roadway, took their turn, too. Here's only one of many: 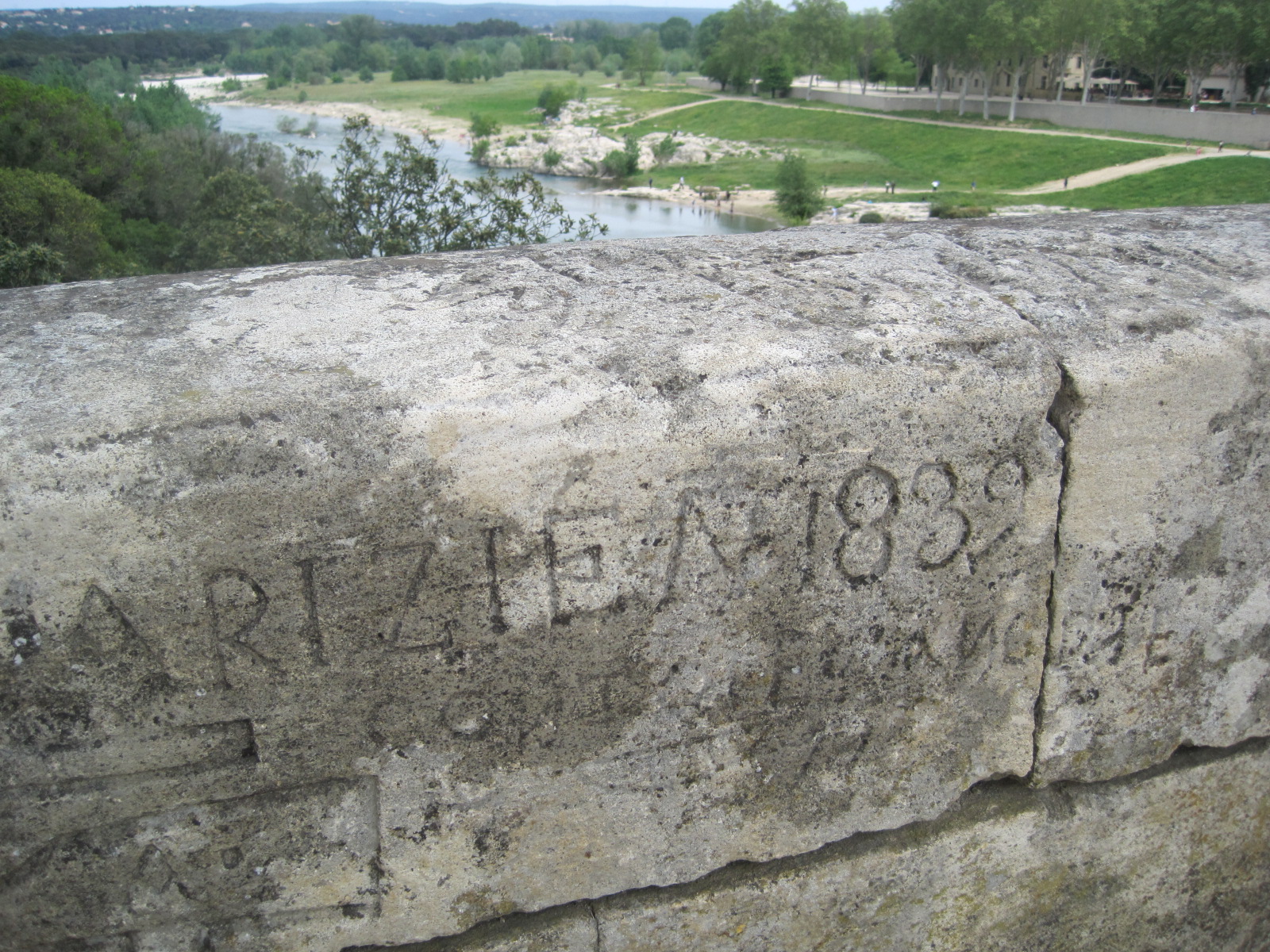